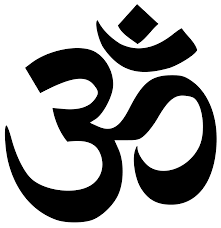 In Montréal, the apprentice teacher mentoring group under the guidance of Tim Ruddy was set an assignment to write a short paper on ‘Om’. Tim tells us…

“After reviewing each person’s paper, I thought, if all the papers
on Om were one paper, it could make a good read. The mentees came
together to make it so. Here is the result. Enjoy.”

Om Alone
As it is said in Light on Yoga, Om/Aum is the sound of God, it is omniscience, omnipresence and omnipotence. Om is the vibration of life. God is beyond vibration, but vibration, being the subtlest form of His creation, is the nearest we can get to Him in the physical world. (Sutra I:27)

Om is pranava, which stands for praise of the divine and fulfillment of divinity. Pranava is the best prayer, a prayer close to the heart and beyond religion. It is the realization of God within.

The mantra Om is considered to be the primordial sound or universal sound or word of God, to be known with the organs of perception, organs of action, mind, intelligence and consciousness. The mantra Om is to be repeated constantly (Japa meditation), with “reverence, and meditating on its meaning and the feelings it generates” (B.K.S. Iyengar). Practice of japa unites the perceiver, the instruments of perception, and the perceived: Isvara (Lord/God). (Sutra I:28). Edwin Bryant says: “Just as an image and associations of say a cow arise upon hearing the word “cow”, so thoughts of the Lord arise in the citta (mind) upon reciting and hearing his name.” (Sutra I.27) . Japa is also used to clear the mind from idle chatter and thus appease it. Repetition
of pranava with a meditative mind on God removes all hindrances that come in the way of Self-realization. (Sutra I.29).

Om is made up of three syllables, a, u, m. The three letters symbolize speech (vak), mind (manas), and breath of life (prana). Aum represents many triads: The three gunas: tamas (inertia), rajas (activity), sattva (harmony). The three genders: female, male, neuter. The three aspects of time: past, present, future. It also represents the triad of divinity: Brahma the creator, Vishnu the sustainer, Siva the destroyer, of the Universe.

As everything around us is pulsating and vibrating—nothing is really standing still. The sound Om, when chanted, vibrates at the frequency of 432 Hz, which is the same vibrational frequency found throughout everything in nature. As such, Om is the basic sound of the universe, so by chanting it, we are symbolically and physically acknowledging our connection to nature and all other living beings.

Aum also has practical virtues. It increases the volume of the rib cage when inhaling and completely empties the lungs when exhaling. By singing the “A” we will feel it towards the stomach and the chest, the “U” will bring up the sensations in the chest and throat and the ”M” will resonate the entire nasal septum and the skull. In this sense, it
generates both a massage of the organs and a stimulation of the glands which generate the hormones that regulate the different components of our body (thyroid, parathyroid, pituitary and pineal).

Chanting Om at the beginning of practice helps the mind to settle, to transition from the outside world to the inner world. Chanting after practice leaves us with a feeling of sattva, which we carry out into the world.

As we pass through this pandemic we have had moments of in person classes however, for the most part we are home alone in our yoga space and we Om alone. Reflect for a moment on what it is like to Om alone and what it is like when you Om in a group. What was/is the difference for you? What did it feel like in your body, in your mind? How does the feeling of the divine within feel for you when you are alone? When you are in a group? Is the connection of others be it online or in person having an impact on your Om?