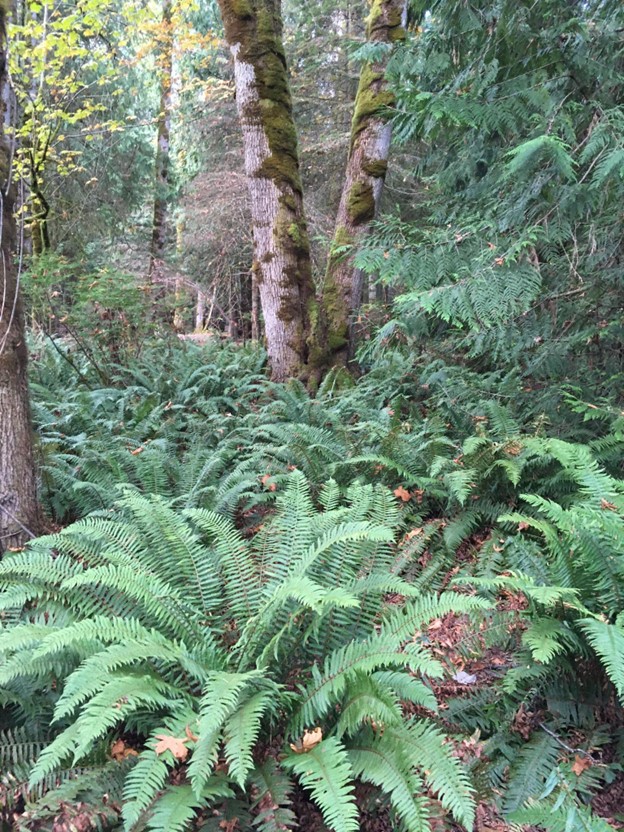 Lidia Cancelliere, of Toronto ON, participated in the weekend intensive celebrating Father Joe Pereira’s 80th birthday. Studying with Father Joe has been particularly meaningful for her in seeking to reconcile faith and yoga’s path of spirituality. She shares her thoughts below.

Sometimes we reinvent ourselves.

So it was for me after 18 years of marriage – being a wife, a mother, a devoted daughter and daughter-in-law – that I took a trip on my own.  A journey to be immersed in something that has become an integral part of my life: Iyengar yoga.

I live in Toronto and have been taking Iyengar yoga classes for many years.  Like a lot of people, my interest in yoga intensified over the pandemic. I had more time to practise and found that it was helping me cope. Now my practice is often the first thing I think about when waking, and I find myself running to my mat after I drop the kids off at school.  As regular as prayer, my practice has become a feature of daily life.

Just over a year ago I didn’t know who Father Joe Pereira was.  As I read about him, I discovered that he started a foundation called Kripa (‘grace’ in Sanskrit) which uses yoga to help people who suffer from chemical dependency and HIV-Aids.  I decided to participate in one of his online workshops, drawn mainly to the fact that he is a Roman Catholic priest, as well as being a senior Iyengar yoga teacher.  Not being aware of any other Catholics who do yoga, I was feeling conflicted about my faith and my practice.

After my first online intensive, I started working with Father Joe once a month in an attempt to connect the two.  By last spring, having done several of his workshops, an invitation appeared in my inbox from Leigh Anne Milne: “Come and celebrate Father Joe’s 80th birthday on Salt Spring Island” and I decided I would take the journey to meet and practise with him in person.

“Yoga is one science that through the body heals the mind.”

These words from Father Joe are from a documentary called “The Circle” by Philippa Frisby about his work with street children in Mumbai.  Our first day of the intensive included an evening screening of the film, after a two-hour practice and introduction. What struck me about the group on that first day was how varied the participants were: spanning age, ability, gender and heritage.  The first practice was a chance for us to begin to come together (Father Joe often refers to the collective consciousness) before breaking and returning to view the documentary, which was a fundraiser for his centre in Dharavi.

During a Q&A following the film, Father Joe referred to his “cases”, often children, sometimes as young as eight, addicted to drugs or alcohol.  Young girls also, who have fallen into prostitution; one who had been gang-raped.  “They love to call me papa” he said “people are longing for that.” I felt a pang of recognition.  I myself can’t remember what it’s like to have a father; mine died many years ago when I was very young.

Father Joe told us many anecdotes about Guruji B.K.S. Iyengar (this will continue all weekend long) each peppered with his brand of humour.  Father Joe’s humour (which never really came across for me during his online intensives) was a discovery and a pleasure. He told us about Guruji trying to bring yoga to the Jesuits in Bombay during the early seventies, and how they would not accept him until Father Joe led by example.  By his willingness to embrace yoga as a path to spirituality, the others followed and Father Joe has always felt that Guruji never forgot this.

At the end of the evening Father Joe breaks into song. He has done this many times in his online intensives, for instance, during Savasana. He has often been called “the singing priest.”  This time it is a prayer – “What next my Lord? What next?” – he sang. As a woman in her fifties, shedding her younger self, those words have resonated and stayed with me.

“Let all your efforts dovetail into God’s grace.”

A two-hour practice, then a break.  Rest and eat, then two hours more. Four hours of practice was another first for me, along with having left my husband and children to come and work with a senior teacher. My yoga journey begins to overlap my life journey.

Father Joe quotes Guruji: “Try, try your very best but do not think that you are doing it.”

“Wherever two or more are gathered, I am there.”

Father Joe refers to Christ as his Supreme Yogi.  I love this reimagining of the ever-elusive Jesus, the man I’ve been chasing my whole life.  “Fully divine and fully human” he points to that potential in all of us, excluding no one. When, as a group we bow our heads, Father Joe says it is “to the God of your understanding.”

Many of Father Joe’s anecdotes are about Mother Theresa, with whom he worked for many years. “The common denominator between Mother Theresa and Guruji?” asks Father Joe: “Compassion.” She told him: “Go to the poor;” Guruji told him: “Go to the poor in health.” He had a crisis of faith when he was young and in love, and wanted to leave the priesthood.  It was Mother Theresa who pulled him back, “We need you!” she said, and he showed us, with humour, how she wagged her index finger at him. Father Joe’s narrative had the effect of humanizing these great figures and bringing them into the room where we practised.

We gathered that evening to celebrate Father Joe’s 80th birthday.  There is a slideshow presentation that depicts many of his achievements over the years, including a history of his time in Canada.  One of the slides is a headline from a Canadian newspaper with a photo of him: “Priest Unites East and West.”   East and West, one of many dichotomies.  Indeed, one of the many dichotomies in me. I had an experience similar to his with the Jesuits in Bombay, when a deacon in my own church lumped yoga in with the dark arts during his homily one Sunday.  Okay to be Catholic and practise yoga? Yes. Father Joe has helped me bring together those opposites. Another presentation by an Indigenous Kripa teacher told a story about how Father Joe, being very open to many forms of healing, allowed him to build a sweat lodge in India with whatever materials he could find.

I approached Father Joe after the presentations and he asked me for my name. When I told him, he remarked that it is very beautiful. In his way, he makes people feel special.

I handed him a small wooden rosary, telling him that I bought it for my son’s first communion and that I recite my own rosary on one just like it, every day. He responded with surprise and an endearing humility “You are giving it to me?!”  I wished him a happy birthday and thanked him for helping me make a faith connection to my practice. Finally, I asked for his blessing and with his thumb, he traced a cross on my forehead. Initiation and protection just like my baptism, but this time for my practice.

“Change the locus of control from the ego to the self.”

This is the final day of the intensive. We do supported poses.  Father Joe says that the use of props is sattvika or holy.  Before we start the practice, he tells us about a young person who has been calling him, one of the people he counsels.  She is suicidal and he asks us to keep her in our thoughts, to practise for her.  “Every asana is a prayer” said Guruji.

“Yoga lets us feel what the mystics spoke about, in our bodies.  Lead us into that mysterious silence.”

“We all have a reservoir of stillness inside us” says Father Joe.  He calls Pranayama ‘forgiveness’.  I’ve never heard it described that way. “Letting go,” he says “helps us bring together the opposites, to forgive those who have hurt us most.”  This makes so much sense to me. I’ve been told to forgive as a core Catholic value my entire life, but just that I should do it, not how to do it.  Here is more evidence of the potential of yoga to help me live out my faith.

On my very last day in Salt Spring, I took a long walk through Mouat Park. I love the ferns that grow wild there.  Not having the easy reach of the trees nor their ability to catch the sunlight, they manage, anyway, to find light, uncoil; even thrive.

I have very little natural ability for yoga.  It has been, for me, a true unfolding: slow, surprising; at times miraculous.  What I lack in ability I make up for with persistence and a yearning which sometimes feels bigger than my body.  My process is very slow; it can take years to reach the final stage of a pose.  Sometimes I’ll just stare at photographs in “Light on Yoga” or “A Gem for Women.” I’ll read the instructions over and over again thinking there might be something I missed, the key that will open it. I remember reading somewhere that Michelangelo believed the form for his sculpture already existed inside the slab of marble; all he had to do was release it.

“We are all prodigals; Iyengar yoga brings us home.”

By the end of the last day, I felt a palpable closeness to others in the group.  The collective consciousness, as Father Joe calls it, had set in, bringing us together.  Our angelic organizer, Leigh Anne Milne, has since sent correspondence about Father Joe’s return to Salt Spring next year.  She is also planning to take a group to Goa in 2024 to study with him. India? I recall my husband’s exhausted voice on our nightly phone calls and FaceTimes from Salt Spring… but our children will be a little older… who knows?

After the final practice on the third day, I bundled up my props and on my way out, saw Father Joe putting on his running shoes. I stopped to say goodbye and wished him a safe journey, telling him how nice it was to meet him.  I offered my hand… and then embraced him.