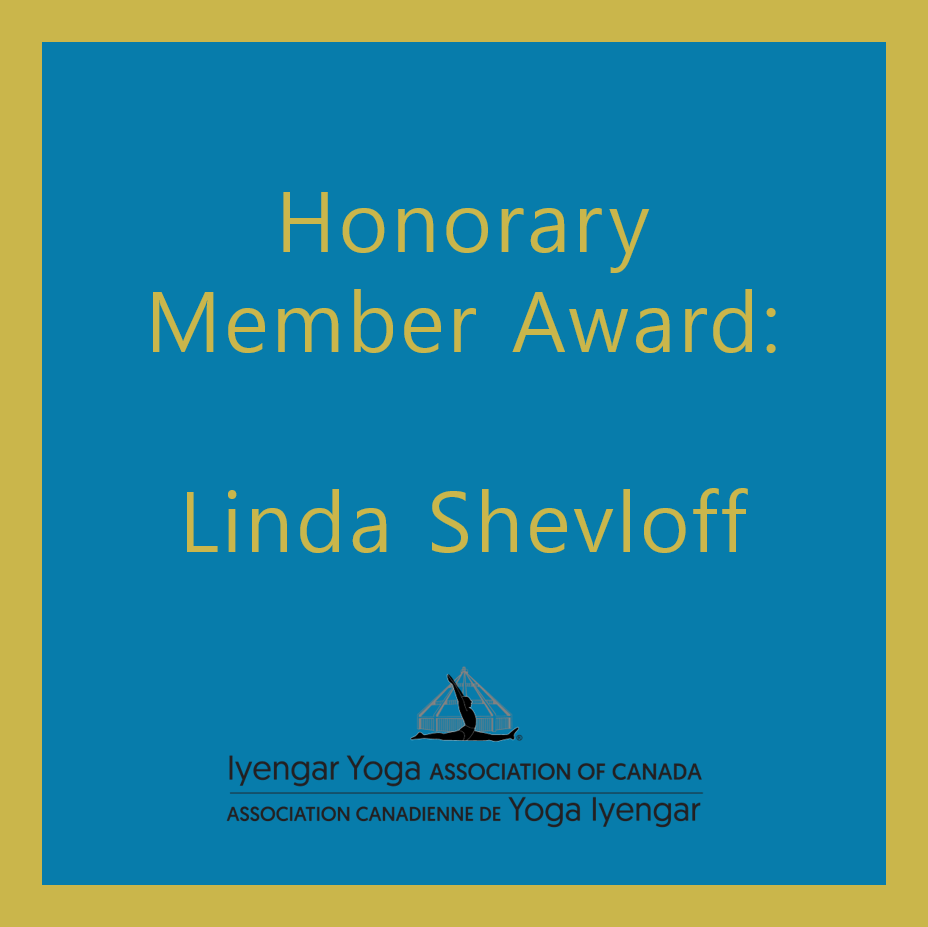 The Honorary Member Award is awarded annually to a member of the Iyengar Yoga Association of Canada/ Association canadienne de Yoga Iyengar under the following criteria:

In recognition of their contributions, the member receives a lifetime membership in IYAC/ACYI, including waiver of membership dues, certification mark fees and Annual General Meeting fees.

For 2021, the recipient of the Honorary Member Award is Linda Shevloff, of Vancouver BC. Linda has been teaching Iyengar yoga since the early 1980s, first in Victoria BC, later in Hong Kong, and now in Vancouver BC. During this time, she was instrumental in establishing the national Iyengar yoga association for Canada. In particular, she developed the examinations that were part of the earliest teacher assessment programs. While in Hong Kong, she worked closely with Mr. Iyengar to establish the first association in Asia, all the while maintaining her involvement with the Canadian association. Now back in Canada, Linda continues to teach and to contribute to the Iyengar yoga community through her work on IYAC/ACYI’s Professional Development Committee.

Linda was nominated for this award by Leslie Hogya, of Victoria BC.  Linda and Leslie participated in an interview with Deanna Oliphant, IYAC/ACYI Communications Chair.  You can watch the video of the interview here.

We wish to sincerely congratulate Linda on receiving the Honorary Member Award, and thank her for her ongoing contributions to our community.