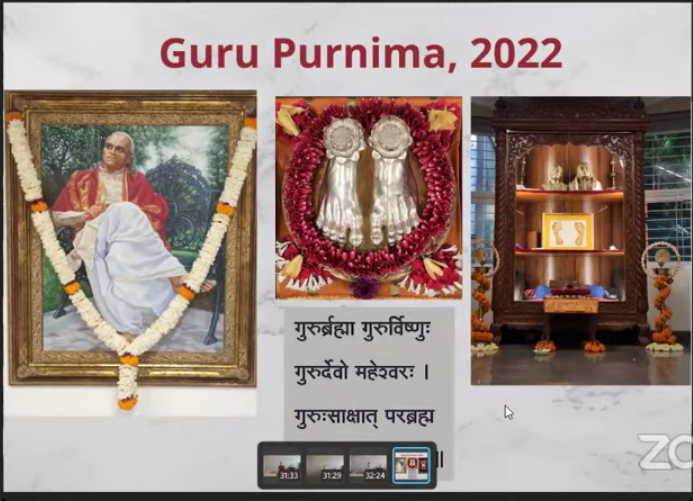 Guru Purnima is a festival which honours one’s Guru, mentor or teacher.

To mark this day, the Ramamani Iyengar Memorial Yoga Institute in Pune hosted an event on YouTube featuring clips from B.K.S. Iyengar’s 75th birthday classes in Panchgani in 1993.  Over 100 students from 15 countries came together in Panchgani.  Several students who participated in these classes shared their thoughts during the Guru Purnima event. These students spoke of their experiences in the classes and off the mat in Panchgali. To a one, they commented that, looking back to 29 years ago, they were all so young and so inexperienced in yoga. They understood only a small part of the knowledge Guruji was trying to impart, but that small part set them on their lifetime’s journey in yoga. For many of them, this was the first time they had been exposed to the philosophy and spirituality of yoga.

There are many extracts from the recording showing Guruji teaching, demonstrating and discussing. A few snippets are included below.

A recording of the entire event is currently available on RIMYI’s YouTube channel ‘IyengarYoga Official’ – https://tinyurl.com/IyengarYogaYouTube.

Thoughts by Carole Carpentier, a student in Toronto ON.

After a gap of two years, the Ramamani Iyengar Memorial Yoga Institute is…

Save the date for IYAC/ACYI's VIRTUAL AGM!   Watch your email inbox for…